with an office that has a healthy addiction to trying out new foods, there are often opportunities to have a themed throwdown. with halloween and thanksgiving on the horizon, we had a pumpkin throwdown (not literal) where each participant brought in something that incorporated pumpkin. there was pumpkin ice cream, pumpkin chili, pumpkin hummus, pumpkin bread, and so on. testing my baking skills, i opted for pumpkin scones. instead of making them nice and angular, i opted for the free-form style. the cinnamon maple glaze was my own twist on the original recipe, and it ended up quite nice! enjoy!

in a separate bowl, combine the pumpkin puree, egg and half & half. pour into the flour mixture, and fold to combine. Form the dough into a ball.

on a lightly floured work surface, pat the dough out and using a spoon or ice cream scoop separate out about 24 scones. (if you want to do it in fancy triangles, follow the original recipe’s directions here // my directions yield more, small scones)

place the scones on the prepared baking sheet, leaving about an inch of space around. bake for 14 to 16 minutes, until golden brown. place on a cooling rack to cool.

as the scones cool, whisk together the powdered sugar, cinnamon, maple syrup and half & half in a small bowl until smooth. slather the glaze over the cooled scones. serve. 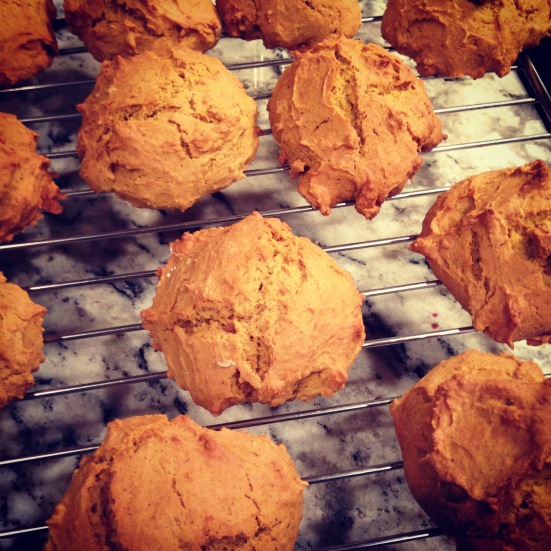 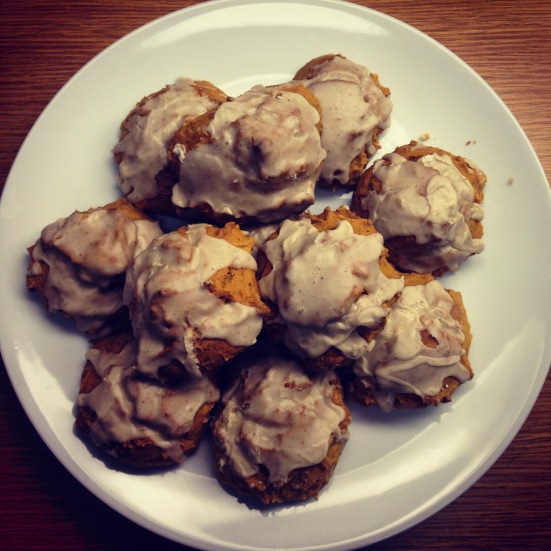